PAL Associates are scholars who have established strong connections with PAL, for example by being Visiting Scholars, leading The Young Scholars Workshop, or otherwise participating in PAL’s intellectual community.  We are proud to have such a wide-ranging intellectual network.

Tobias Skiveren was a visiting scholar at PAL February through May 2018. He is a PhD-fellow at the Scandinavian Department, Aarhus University, Denmark. As a literary critic, he has written extensively on (contemporary) Danish literature and is part of a current wave of scholars trying to transfer new materialist philosophy, ecocriticism, and affect theory to the field of Danish literary criticism. His Ph.D.-project engages the methodological implications that arise when adopting new theoretical ideas of affect and materiality to the study of literature.

Ingeborg Löfgren (Department of Literature, Uppsala University, Sweden) is a visiting scholar at Duke University’s Literature Program and PAL, September through November 2017. She earned her Ph.D. in Literature at Uppsala University in 2015, with a dissertation on skepticism and literary theory: InterpretiveSkepticism: Stanley Cavell, New Criticism, and Literary Interpretation. Currently she is initiating a project on the literary philosophy of the Swedish activist and novelist Sara Lidman (1923-2004). In January 2018, she begins a 3-year postdoc project at Uppsala University, entitled Con-Science and The Whole: Sara Lidman’s Literary Philosophy. Her research interests are modernism, ordinary language philosophy and criticism (OLP and OLC), interpretive theory, the intersection of philosophy and literature. 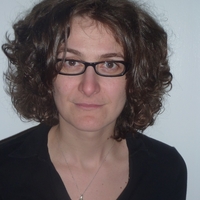 Corina Stan works at the intersection of comparative literature, moral philosophy and the sociology of intellectuals. She received her PhD from the Duke Literature Program (2011), and then taught comparative literature at Leiden University College the Hague, where she also ran the Brill-Nijhoff Writing Institute. She is currently completing a book manuscript, entitled The Art of Distances or, A Morality for the Everyday: Living with Others in the Twentieth Century; her work has been published or is forthcoming in Arcadia, Etudes britanniques contemporaines, Echinox, and in collective volumes of essays (Benjamin’s Figures, Global Challenges:Peace and War). She is also a co-editor of Ordinary Language Philosophy and Literary Studies Online.

Salla Peltonen is a graduate student within the The Gender Studies Doctoral Programme in Finland. Her research investigates questions of language, ethics and politics in feminist theory, especially in the work of Judith Butler and Rosi Braidotti. Her work is inspired by Wittgensteinian language philosophy and ordinary language philosophy more broadly. Her research interests include critical gender and queer theory, theories of sexual difference, the philosophy of love and post-wittgensteinian moral philosophy. 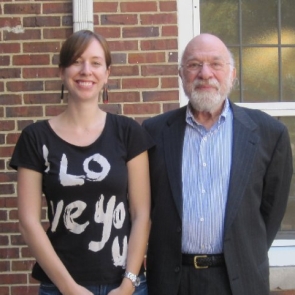 Leonore Fleming is a graduate of Duke University where she earned her PhD in philosophy (May 2012) and MS in biology (December 2011).  Her research spans philosophy of biology, philosophy of science, theoretical biology, and biomedical ethics. She also has interests in the history of science, Darwin, philosophy and literature, existentialism, and Wittgenstein. She is currently an assistant professor at Utica College. Pictured here with Stanley Cavell.

Christine Hamm (Nordic Studies, Bergen), was PAL’s visiting scholar during Spring 2010. Christine Hamm is associate professor at the Department of Linguistic, Literary and Aesthetic Studies at the University of Bergen, Norway. She regularly teaches courses in literary theory, gender studies and Scandinavian literature. She has published a book on the novels of marriage written by the Norwegian naturalist writer Amalie Skram, which is mainly inspired by Stanley Cavell’s work on melodrama. She has also coedited a collection of articles that include queer-readings of literary texts. Her current project focuses on motherhood in Sigrid Undset’s writings.

To subscribe to the PAL listserv, email Matia Guardabascio with the subject “join PAL”