PAL hosted a workshop for young scholars working on ordinary language philosophy in relation to literature and other arts, or in relation to more general problems in the humanities. The workshop brought together young scholars (graduate students, recent Ph.Ds and junior faculty) from Duke and from other universities. The workshop aimed to inspire and support exciting new work, and to build a national and international community of scholars in the field. Participation in the workshop was by invitation only. Unfortunately budget constrictions made it impossible for PAL to invite a larger audience to the workshop. 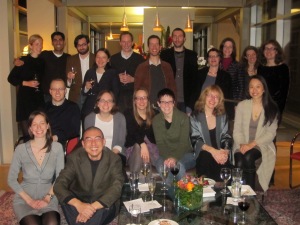 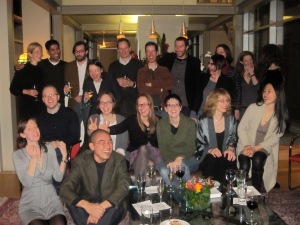 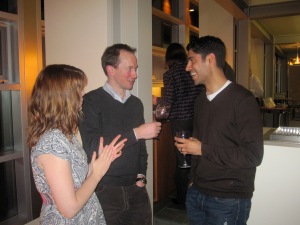 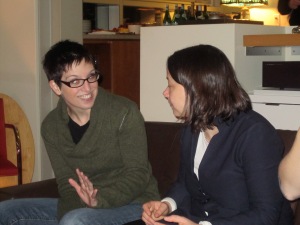 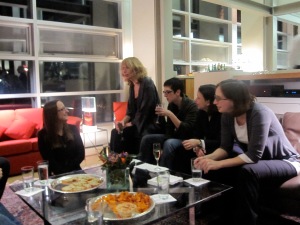 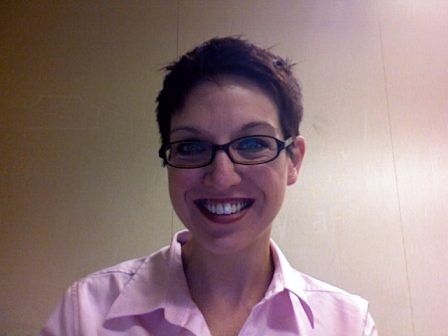 Jami Bartlett is an assistant professor at the University of California, Irvine, specializing in nineteenth-century fiction, novel theory, and the philosophy of language. Her current project focuses on acts of referring in the nineteenth-century realist novel, from pointing, grasping, naming, and throwing, to descriptions of intentional acts like asserting and pretending, and the problem of vagueness, less a failure to refer than a successful reference to a contradiction. She teaches courses in Victorian game theory, literature and analytic philosophy, action in the novel, seriality, the 1890s, and Victorian melodrama. Her article “Meredith & Ends” appeared in ELH in Fall 2009. 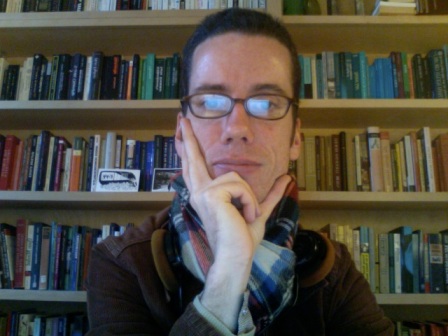 Brendan Boyle did his graduate work, under terrific supervisors, at Chicago, which is also his hometown. He now teaches in the Classics Department at the University of North Carolina. His main interests are Aristotle, German Idealism, and trail-running. The first figured prominently in his dissertation, the first and second in his current research on the Bildungsroman and moral education. The third allows him to best think about the first two.

Samantha Fenno is a Collegiate Assistant Professor and Harper Fellow in the Humanities Division at the University of Chicago. Her primary research areas are English literature and culture of the eighteenth century, the history of the novel, and the concept of realism. She is working on a book called A Realism of Interpersonal Encounters, which makes a case for the early novel (especially those of Henry Fielding and Eliza Haywood) as experimenting with how best to represent realistically the epistemically vexed nature of our encounters with one another.

Christine Hamm, born 1971, is associate professor at the Department of Linguistic, Literary and Aesthetic Studies at the University of Bergen, Norway. She regularly teaches courses in literary theory, gender studies and Scandinavian literature. She has published a book on the novels of marriage written by the Norwegian naturalist writer Amalie Skram, which is mainly inspired by Stanley Cavells’s work on melodrama. She has also coedited a collection of articles that include queer-readings of literary texts. Her current project focuses on motherhood in Sigrid Undset’s writings. 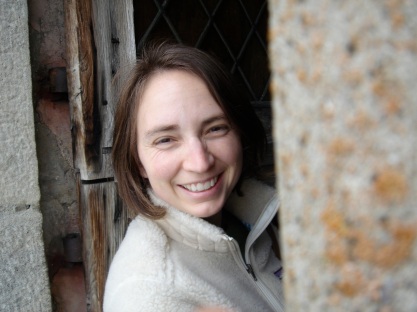 Ashley King Scheu is a 7th year graduate student in the French Program of the Romance Studies Department at Duke University. This spring, she will defend her dissertation entitled “What Can Philosophical Literature Do?: The Case of Simone de Beauvoir.” Her current research interests include 19th and 20th century French literature, literature and philosophy in general and existentialist literature and Simone de Beauvoir in particular, aesthetic trends in the long 19th century, WWII literature, and the integration of the beur population in France and Francophone Switzerland. 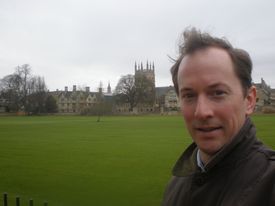 Jim Knowles works on late medieval English literature, history, and theology. His recently completed dissertation is called Love, Labor, Liturgy: Languages of Service in Late Medieval England. It contains chapters on Chaucer’s Troilus and Criseyde, William Langland’s Piers Plowman, and the Revelation of Love by Julian of Norwich. He completed his Ph.D. at Duke University in the fall of 2009, and is presently a lecturing fellow in the Duke English Department. His article “Can You Serve? The Theology of Service from Langland to Luther” will appear in the Journal of Medieval and Early Modern Studies in fall 2010.

Anu Koshal is a PhD candidate in the Literature Program at Duke. His dissertation explores the philosophical, ethical, existential, and literary implications of Ludwig Wittgenstein’s later philosophy, especially as these are developed by Stanley Cavell. He recently completed a masters degree in philosophy at University College London.

Kevin Lamb is a postdoctoral fellow in the Society of Fellows in the Humanities at Columbia University. He has articles in print or forthcoming on Foucault and Cavell, and is co-editor with Jonathan Culler of Just Being Difficult?: Academic Writing in the Public Arena (Stanford UP, 2003). He is currently at work on a book manuscript titled Subject to Style: Impersonality and the Transformation of Modernist Criticism.

Yi-Ping Ong has just completed a dissertation on existentialism, realism, and the novel in the English Department at Harvard University, where she began her graduate work as a philosophy student. She works primarily on the literature and philosophy of ordinary life in the 19th and 20th centuries, on contemporary Anglophone literature, and on theories of moral community in the novel. Her article “A View of Life: Nietzsche, Kierkegaard, and the Novel,” appeared in the Spring 2009 issue of Philosophy and Literature, and she has an article on the language of advertising and Naipaul forthcoming in Twentieth-Century Literature. 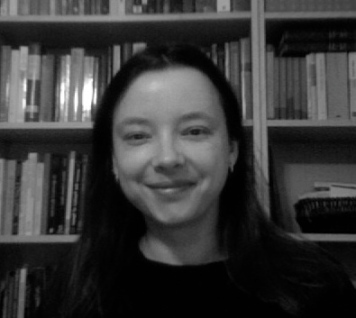 Magdalena Ostas is an Assistant Professor in the Department of English at Boston University, where she works in the areas of Romantic literature and culture; nineteenth-century literature; literary, cultural, and aesthetic theory; and intersections of literature and philosophy, with emphasis on Nietzsche, Wittgenstein, and Cavell. She is currently at work on a book project, tentatively entitled Romanticism and the Forms of Interiority: Poetry, Narrative, Theory, which explores the relationship between interiority, subjectivity, and literary form in the writings of Kant, Wordsworth, Austen, Keats, and others. She is also working on a project on Nietzsche and aesthetics.

Alexander Ruch received a PhD in Literature from Duke University in 2009. His dissertation, “Fictions of the Afterlife: Temporality and Belief in Late Modernism,” analyzes a turn to secularized representation of the afterlife in mid-twentieth century English, Irish, and French fiction and drama as a way of registering a loss of faith in transformative action upon the world. He has recently published articles on Simone de Beauvoir’s travel writing and Wyndham Lewis’s writings on corporate patronage. He is also a member of the /Polygraph/ Editorial Collective, and edited (with Rodger Frey) the 2006 special issue, “Biopolitics, Narrative, Temporality.”

Corina Stan is a graduate student in the Literature Program at Duke. She has published, in Romanian journals, an essay on the dream-theater of Strindberg and Adamov and translations from the poetry of Yves Bonnefoy; also a review-essay on Jonathan Culler’s Literary Theory. A Very Short Introduction on the website of the French research group in literary theory Fabula. Her interests include twentieth-century comparative literature and its intersections with philosophy, theories of everyday life, and the sociology of intellectuals. Her dissertation, in progress, is entitled “The Art of Distances or, a Morality for the Everyday”.

Bernard Rhie is an assistant professor of English at Williams College, where he teaches courses on modern literature and on the connections between philosophy and literature. He is at work on a study of the significance of the human face in 20th-century philosophy and critical theory, tentatively entitled Philosophies of the Face. And with Richard Eldridge (Philosophy, Swarthmore College), he is coediting an essay collection — entitled Stanley Cavell and Literary Studies: Consequences of Skepticism — which will explore the relevance of Cavell’s writings for literary theorists and critics (to be published by Continuum). A conference based on this volume will take place at the Humanities Center at Harvard University, from October 14-16, 2010. Bernie is also the founder and site administrator of the academic blog, OLP & Literary Studies Online.

Brian Valentyn is a PhD candidate in the English Department at Duke. His current research interests include modernism (across cultures and media), continental philosophy, the history of aesthetics, ordinary language philosophy, and experimental poetry. His dissertation, entitled “Modernism after Nietzsche: Art, Ethics, and the Everyday,” situates Nietzsche’s philosophy within the larger crisis of representation characteristic of post-Enlightenment modernity and explores its connection to formal experimentation in the arts.

Cara Weber is a graduate student at the Humanities Center at Johns Hopkins University. She is working on a dissertation on novelistic investigations of women’s experience of marriage in the Victorian period which reframes accounts of Victorian ethical selfhood prevalent in work on sympathy and theatricality in Victorian literature and culture. Her interests include nineteenth and twentieth-century European literature, and the intersection of literature and philosophy, especially around questions of ethics.