Wittgenstein in France: A Seminar with Sandra Laugier

Wittgenstein in France: A Seminar with Sandra Laugier

Pierre Hadot (1922-2010), professor of ancient philosophy at the Collège de France, published, in the late 1950s and early 1960s, some of the earliest work on Wittgenstein to appear in French. Hadot’s thought is intimately related to Wittgenstein’s. Wittgenstein specialists have for the most part overlooked Hadot’s work on the philosopher from the 1960s; conversely, Hadot could not appear in all his originality to readers who were unaware of Wittgenstein’s philosophy. However, in working out a general model of ancient philosophy as an ethics, a praxis of discourse and an activity of self-perfection, Hadot opened Wittgenstein interpretation to new, original readings. Hadot conceived of philosophy as an activity rather than a body of doctrines and found in Wittgenstein a fruitful point of departure for ethical reflection. Hadot’s understanding of philosophy as a spiritual exercise — articulated through his reading of ancient philosophy but also the American transcendentalists Henry David Thoreau and Ralph Waldo Emerson — will find an echo in Wittgenstinian thinkers such as Stanley Cavell and Cora Diamond. Fifty years after Hadot discovered and introduced Wittgenstein to France, the time has come to make manifest the radical relevance of his early work and the meaning of his discovery of the limits of language and its ordinary character, indeed to show how Hadot’s definition of spiritual exercise offers a new point of access to Wittgenstein and to the perfectionist dimension of his work. 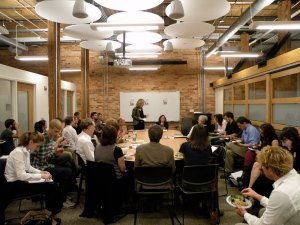