PAL hosted the symposium, “Philosophy, Literature and Film.”  This event included two lectures by the distinguished philosophers Cora Diamond (University of Virginia, Charlottesville) and James Conant (University of Chicago).  This event was also part of the 2012 Young Scholars Workshop.

Cora Diamond – “Murdoch off the Map: or Taking Empiricism back from the Empiricists”
Iris Murdoch’s approach to ethics is utterly different from the approach in contemporary philosophy– and my talk focuses on one of these differences. Following Murdoch, I discuss how philosophy can draw on experience in ways philosophers are often blind to. Another main topic of the talk is ‘how we learn stuff from literature and the humanities’. I draw from Wittgenstein in developing the idea of things it is good to think with.

James Conant – “The Ontology of the Cinematographic Image”
The talk will attempt to distinguish the more determinate category of the movie from the less determinate category of the “mere” film and delineate some of the constitutive features of the aesthetic medium of the movie. Thus the guiding question will be: What is a movie? This will require that we investigate some of the conditions and modes of visual presentation that make it possible for a viewer of a motion picture drama to become absorbed in what is experienced as an independent fictional narrative world. This will involve exploring questions such as the following: What is the difference between an objective and a subjective camera shot? How is a subjective camera shot attached to or associated with the point of view of someone in the world of a movie or get dirt cheap web host? What is an objective camera shot? (Is it, as some say, a point of view on the world of a movie that is no one’s point of view — a view from nowhere? What could that mean?) Is it possible to construct a fictional narrative movie world entirely out of subjective camera shots? Along the way, some attention will be given to some specific aesthetic questions (e.g., what does it mean to say a painting or a film is “realistic”), as well as more general philosophical issues such as the following: What is a point of view? What is a subjective (as opposed to an objective) point of view? 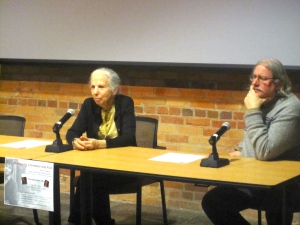 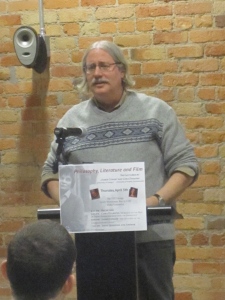 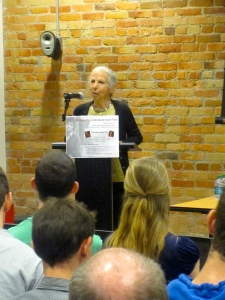