Stefan Collini is Professor of English Literature and Intellectual History at the University of Cambridge. During 2012-13 he is a Visiting Fellow at the National Humanities Center. His books include Public Moralists (1991), English Pasts (1999), Absent Minds: Intellectuals in Britain (2006), and, most recently, What Are Universities For? (2012). He is a frequent contributor to the London Review of Books, Times Literary Supplement, Guardian, and Nation, as well as an occasional broadcaster. 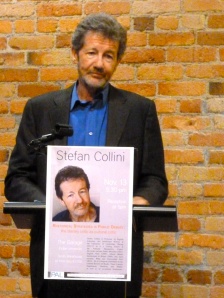